For this recipe, I made smaller versions in reminiscence of the pandesal I had in the Philippines.

When I was seven years old my parents and I immigrated to the US, but I clearly remember those early mornings where a fresh batch of pandesal was delivered by the front gate of our house. The outside of the paper bag was warm to the touch, and inside contained about a dozen small, sweet-smelling pandesal…

Pandesal is a popular yeast-raised bread in the Philippines. Individual loaves are shaped by rolling the dough into long logs (bastón) which are rolled in fine bread crumbs. These are then portioned, allowed to rise, and baked.

It is most commonly served hot and consumed by dipping in coffee. It can also be complemented with butter (or margarine), cheese, jam, or peanut butter.

Its taste and texture closely resemble those of the Puerto Rican bread pan de agua and Mexican bolillos. Contrary to its name, pandesal tastes slightly sweet rather than salty.

In history, the precursor of pandesal was pan de suelo (“floor bread”), a local Spanish-Filipino version of the French baguette baked directly on the floor of a wood-fired oven (a pugon). It was made with wheat flour and was harder and crustier than pandesal. Since wheat is not natively produced in the Philippines, bakers eventually switched to more affordable inferior flour resulting in the softer, doughy texture of pandesal.[1][6]

Pandesal flourished during the American Commonwealth of the Philippines in the early 1900s, when cheaper American wheat became more readily available. It has since become a staple breakfast bread in the Philippines.[1][7]

This recipe first appeared in our Jan/Feb 2014 SAVEUR 100 issue with the article Pan de Sal. 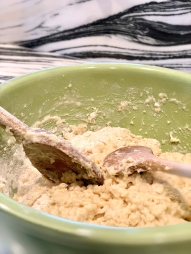 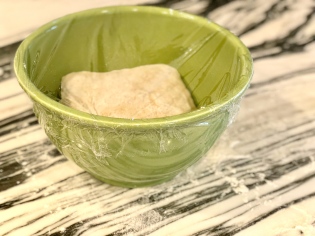 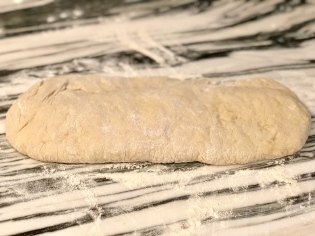 To achieve the airy structure of pan de sal, a sweet Filipino-style bread, the key is to not overwork the dough.  Once the dough comes together, gently flatten it with your fingers on a lightly floured surface and then roll it to create a series of layers that expand in the oven, yielding a wonderfully light crumb.

1. On a lightly floured surface, divide dough into 4 equal pieces. Working with 1 piece at a time, pat dough into a 4″ x 9″ rectangle about ½″ thick.

2. Working from one long end, roll up the dough evenly to form a tight, uniform cylinder.

3. Use a sharp knife to cut the cylinder of dough crosswise into 5 rolls about 1½″ wide.

4. Handling the dough with care, coat the sticky, cut sides of each roll with bread crumbs.

5. Place rolls cut side up on a parchment-lined baking sheet about 2″ apart, and proof in a warm place until doubled in size, about one hour.

Hi! I'm Grace and I want to personally thank you for visiting my life's spontaneous moments shared through this website. Humbled by your support in what I do, I hope to continue sharing my passion for an agrarian, humane and sustainable lifestyle.

There was an error retrieving images from Instagram. An attempt will be remade in a few minutes.

Begin typing your search above and press return to search. Press Esc to cancel.